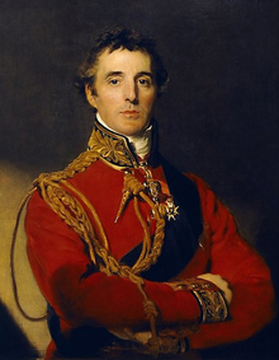 Hi father and brothers were Masters of the same lodge, but after joining he never attended another meeting.

In 1838, a lodge in Dublin wanted to change its name to Wellington Lodge, so they wrote him a letter asking for his blessing.  The letter that Wellington wrote in response leaves no doubt that he wished to distance himself from the Craft:  "The Duke of Wellington presents his compliments to Mr. Carleton.  He perfectly recollects that he was admitted to the lowest grade of Free Masonry in a lodge which was formed at Trim in the County of Meath.  He has never since attended a Lodge of Free Masons... (naming the Lodge after him) would be a ridiculous assumption of the reputation of being attached to Free Masonry, in addition to being a misrepresentation."